“We go further where others stop.”

“We go further where others stop.”

ImmoFluisteraar doesn’t need an introduction. The real estate agency is a specialist and market leader when it comes to equestrian real estate. But because of the enormous success and an extreme evolution in the market, there was a demand for expansion. And so the label EQUIHOME was born.

“The whole world wants to come here because Belgium is the Mecca of showjumping.”, thus Dirk van Ostaeyen. The founder and director to tell us more about this exclusive story.

ImmoFluisteraar has built a nice reputation in Belgium and the Netherlands. But within the world of real estate there’s been a huge international evolution over the last five years, and of course Dirk Van Ostaeyen and his team jumped right on that train. But ImmoFluisteraar is hard to pronounce for foreign customers and so they needed a name with an international character. Equihome. “The term stands for Equestrian Equine Home. That’ a lot easier to pronounce for foreign customers. On top of that we decided to expand to America, where we are already active in Wellington and the Ocala World Equestrian Centre. So Equihome mostly covers the international side of the story as we see it as an extension of ImmoFluisteraar. It really is our premium label for the top segments we’re offering, Van Ostaeyen explains.”

In those last five years it became clear that they needed a premium label. “When it comes to the equestrian sports - showjumping in particular - Belgium really is the Mecca. People from all over the world want to come here and settle. In the past our clients were mainly from Europe or neighbouring countries, but it has turned into a worldwide story,”the real estate agent tells us. According to him, there’s a good reason why foreigners choose Belgium as a golden triangle. “That’s a term I’ve introduced some years ago. It covers three great competition locations: Azelhof in Lier, Sentower Park in Opglabbeek and Peelbergen in Kronenberg.

Whoever settles somewhere - in - between this triangle has the privilege to choose between 1,2,3 or even 5* shows every weekend while only having to drive one hour. This option isn’t available anywhere else on earth and foreigners really appreciate it because there they have the possibility to fully develop themselves.”

The same quality, experience and service

Equihome is an extension of the already reliable ImmoFluisteraar story. And now they’re continuing this reliable story on an international level. We’re talking about the higher market segments that are especially attractive to foreign investors. The property will receive more international exposure through the premium label Equihome. And as usual customers will be able to enjoy the regular and trustworthy service they’re used to. “Customers can come home to us for the exclusive story. On top of that we’ll do anything in our power to make the customer happy, like we always do. If a foreign customer makes an appointment to come and visit some properties here, we will take our time for him. We’ll ensure a busy day from morning until evening. That includes showing the hotspots of that area. And of course we’re going to take a look at the properties that would be suitable for the particular client, “thus Van Ostaeyen.

But, if you want to provide this kind of service, you’ll have to surround yourself with people who are qualified to do so. And that’s exactly what Van Ostaeyen has done and is still doing.” All our real estate agents have a BIV-number and they are specialized in the equestrian sports. So they are experts in the field of real estate, but also in the equestrian field. That combination is so important because the past already proved us that a real estate agent - no matter how great he/she is - can’t do anything if they lack knowledge about the equestrian world. So now we’re expanding that combination worldwide. For example, in Wellington we’re working together with a local real estate agent who lives there and breaths horses. So abroad we rely on local experts and that’s how we add our value to the entire story.”

ImmoFluisteraar - with premium label Equihome - goes further than other real estate agencies. Most of the time the story ends when a property is sold, but customers of ImmoFluisteraar / Equihome can still rely on them, even after the sale. “For example, this one time a foreign customer had just installed the horses in their new home when they discovered that the hay and straw supplier was late. So then we provided them with straw, had and feeding just to start them up anyway. This may sound like it wasn’t a big deal, but at the time those people were really in trouble. In another case the pipes of a customer were blocked. He called me on a Sunday. Now, in Belgium that’s already a challenge to find a plumber during the week, let alone in the weekend. But still we managed to fix the problem that same day, thank to our contacts. And that’s where we make the difference: we offer our clients the same amount of service during and even after the sale. When they are in trouble, they can count on us. And these ar the kind of things people remember.”, Van Ostaeyen proudly explains.

Thanks to a great service and a great deal of trust, you get happy and satisfied customers. But as contradictory as it sounds, sometimes it can be frustrating for a real estate agent. Dirk van Ostaeyen has experienced this as well. “It happens that we sold a property a few years ago that a new client is now very interested in. During those five years the prizes - and also the budget of the customer - has changed a lot. Properties that were sold five years ago can now be offered for twice the price. But even for twice the price the price they paid when purchasing the property, our previous customers politely decline to resell. These customers are happy with what they have and they’re not willing to change that, not even for twice the money. That’s pretty remarkable, and at times even a bit frustrating for us real estate agents. But it does confirm that we’re on the right track.”

Examples speak for themselves

ImmoFluisteraar already sold big equestrian properties like Azelhof or Sentower Park. Still Equihome is targeting even higher market segments. For example, the premium label receives the trust of Rob van Puijenbroeck once again to sell Begijnhoeve 2.0. Of course everyone is familiar with the story about the sale of Begijnhoeve 1.0 to Jennifer Gates. Well, now Equihome gets to sell the most beautiful, most extreme and most luxurious equestrian complex of Belgium.”A property like that demands worldwide exposure and that’s perfect for our premium label”, says Van Ostaeyen enthusiastically.

And then there are the expansion plans around the Peelbergen. “There they want to create a Wellington 2. Around the Peelbergen they want to build professional equestrian complexes and to do that, they have about eleven parcels at their disposal. There it’s easy to get a 30x60 indoor arena licensed, which isn’t so easy to do for private purposes. One of the complexes is already built, and the parcel disposes of fourteen apartments. That way all the grooms and even guests are able to live comfortably, which is amazing. Foreign customers will definitely find what they are looking for there. Now I was asked to put this story together through Equihome, like I did with the Gates story, amongst others. So it’s my intention to attract some celebreties/established values so we can turn this into another success story. It’s a great project and it once again proves how much trust we’ve earned in this market.”says Van Ostaeyen.

But Equihome goes even further. Because sellers can also go to them with projects that aren’t even developed yet. Montfort is a great example of this. “One part is already built while we have the other part scheduled. We then create a 3D visualisation so we can actually show people what the finished project will look like. These 3D images are so great and realistic that you can hardly tell the difference between them and the real world. We calculate everything and we offer our support with things like persmissions. So you can’t really compare us to a classic real estate agent. With us, the story isn’t limited to our wallet, instead we’re going the extra mile and we’re developing that dream project of our client. In Belgium we already reached that standard with ImmoFluisteraar, and now we are expanding that on an international level with Equihome. We’re ready for it.”, Van Ostaeyen concludes. 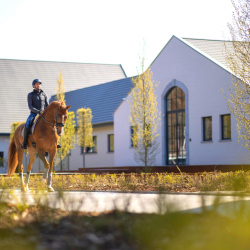 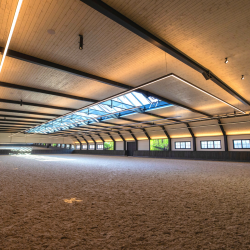 Get in touch Join our community
Scroll Top